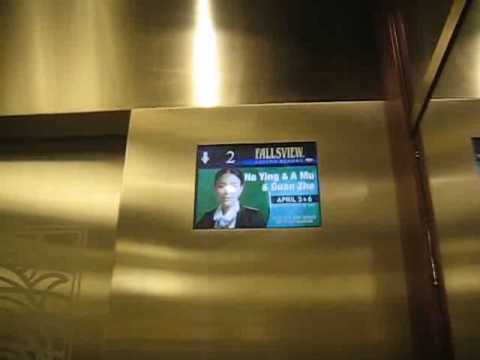 I'm wondering if you guys have any opinions on poker rooms in Southern Ontario. Niagara is my closest location and they have the Fallsview and Casino Niagara on the Canadian side and then Seneca right across the border.
Any thoughts and these 3 or other nearby casinos?

I call it Stolen

Niagara Falls has changed things up since I was last there. There are 2 casinos, Fallsview and Casino Niagara, and they used to each have a poker room. Niagara had 1/2, 2/5 and probably on up, I don't know because I am a low-stakes player. Fallsview had went up from 2/5.
Fallsview no longer offers Poker, only Casino Niagara. They have moved their tables to a newly constructed room. The old room was in the lower level, but open to the rest of the casino, where the bings and bongs of the slots were part of the soundtrack. The new room is off to the back, has 26 nice, new tables, comfy chairs, and is walled off from the bustle of the casino floor. Limit runs 3/6 to 50/100, and NLHE is 1/3 to 50/100. There are also some Omaha, I think.
Buy-in is maxed at 100BB.
One big difference is that they have disposed of the rake. Instead, every 30 minutes there is a dealer swap, and everyone throws in a $6 "seating charge". So it's $12/hr to play a rakeless table. There is a pull for the BBJ.
Speaking of the BBJ, it's 50/25/25, and according to the rules, a full house of Aces over Queens or better, must be beat by a higher full house, Quads, or Straight Flush. Both hole cards must play. Right now it's running at a shade over 100K CDN. Keep in mind that in Canada, gambling winnings are not taxable.
As far as play is concerned, there was lots of action, but none of it went my way. The players seemed to know their stuff, and were nowhere near as loose as I had hoped. There were some 100-200BB pots, but I wasn't in 'em. I think Niagara might not be as loose as some other places, as there are something like 7 million people in the Greater Toronto area, and this is the only casino within the 2 hour drive. As well, there were some out-of-towners, one from Texas and one from London at the table.
Shitty variance day. Had an OESD + 4 to the flush coolered at the river. One hand I had AQo, flop A84, turn A, called the guy all-in, and the motherfucker flips over pocket 8's. One hand I had the nut flush, bet 10BB into a 5BB pot and got ONE caller. Oooooo, a whole $42 payout for the nuts. It was just not my night. Stupid shit like folding 46 pre and seeing a 664 flop. Lady Luck was spitting in my eye at times. Eventually I busted out and headed home.
That's poker. I wasn't bringing money I couldn't afford to lose, I enjoyed my time there, the table was pretty sociable, and I had a good time. I actually had more money in my budget for the night, but the way things were running for me, I decided not to rebuy. Knowing when to pull the plug is a skill I am still learning. I've gone from "Where's the fucking ATM?" to "That's poker. Have a good night, gents."
Have a good night, gents.
EDIT: Sorry, there are other casinos within 2 hours of Toronto. There's Rama, with 10 tables, Brantford with 14, and Blue Heron with 7, but those numbers might not be accurate.
EDIT 2: If you are thinking of visiting, competition for the tourist dollar is substantial, and the off-season is coming up. Shop around, there are some really nice hotels, suites overlooking the Falls, that can be had in the $100 range mid-week, maybe a little more on the weekends.